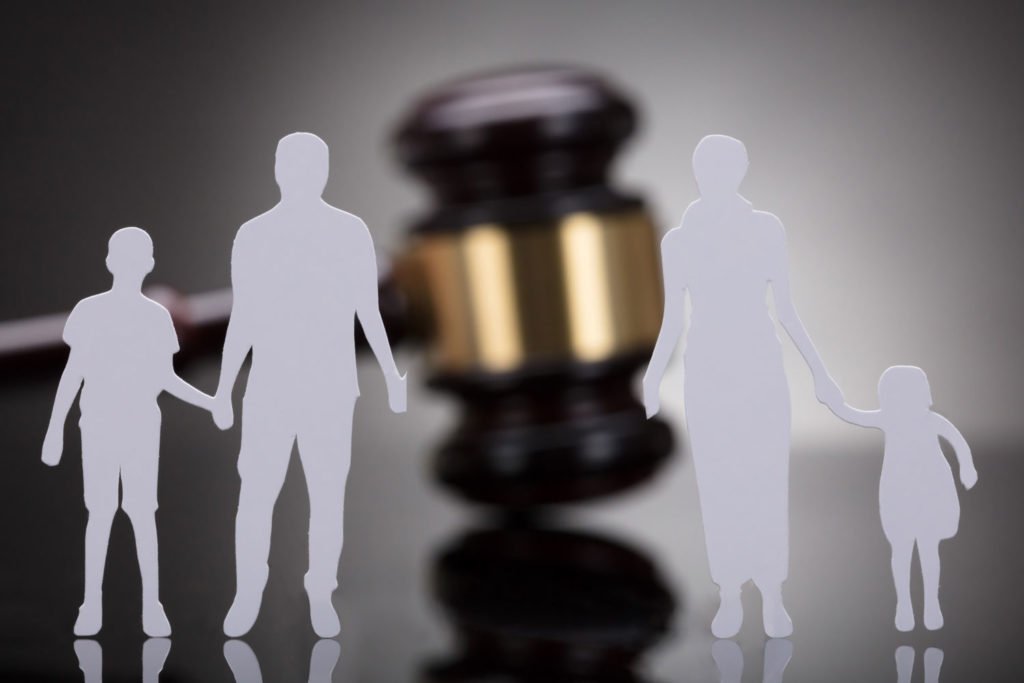 Family court judges have one thing in mind: the best interests of the child. That’s what drives their decisions and tells them how to rule.

In most cases, the judge will want to keep the child’s life as undisturbed as possible. They’re already going through a lot in the divorce proceedings and they don’t like to break apart families.

Which means that if you’re the father, through DNA or through marriage, the court is going to do their best to keep your family somewhat together.

But if you’re not the biological father, things can get more complicated.

Here’s how all that works, in context.

Paternity is the legal term for a child’s DNA providing father. In the case of sperm donations and adoptions, paternity goes to the father or male figure in the relevant couple, or to the person that signs an Acknowledgement of Paternity.

In most cases, paternity can be assumed, except in cases where the mother is unsure who the father is or there’s evidence that one partner cheated.

You can assume paternity in (most!) of the following cases,

Those are common circumstances. As in anything with the law (and medicine, for that matter) they don’t always hold true.

For example, a court may not grant legal paternity or custody to a father who welcomes the child as their own but is abusive towards them.

Sometimes a mother doesn’t know who the child’s father is. That’s the entire premise of the TV show Maury. When this happens and the mother seeks child support from the person she thinks is the father, the court will order a paternity test.

In utero paternity tests can be dangerous and expensive, though some modern options are on the market. Most of the time the judge will wait to rule until the baby is born and the DNA can be collected safely, through a cheek swab.

If it turns out you are the father (remember, DNA doesn’t lie) you will have to pay child support. The amount will be determined by the law, the judge, and your custody arrangement.

If you would like custody of this child and you and the mother aren’t together, you can argue for it at a hearing for possession an custody.

In the case of multiple potential fathers, you do not have to seek custody. It’s up to you, your lawyer, and your resources to seek time with your child or not.

Both the mother and the father can bring a paternity case to court. If you think you’re not the father and you’re being wrongly identified, you have the right to ask for a paternity test.

What Rights Does Paternity Establish?

If you’re legally established as the father or are assumed so through the legal assumptions, you have the same rights and duties for that child as the mother .

Many times, the primary custodial parent will claim the children on their taxes.  However, if you have a parenting agreement, you may agree to have each parent claim the child or children every other year.  You cannot both declare all your children the same year.

You have the right to see and interact with your children as much as she does, though the custody battle may decide one person gets more time.

Deciding custody isn’t just based on rights, but it’s also based on resources. If you have a job where you’re less able to spend time with your kids, you may only get them on weekends, or something called the Standard Possession Order, which is the 1st, 3rd, and 5th weekends of each month in Texas, and every Thursday from 6 p.m. to 8 p.m. during the school year.  There are provisions for holidays as well.

How to Get Better Custody Arrangements

You’re not going to get a great custody agreement without a great lawyer. Your lawyer will act as a guide to you  and walk you through things like legal custody terms.

Custody isn’t as simple as 50/50. There are subtleties like holidays, overnights, special events, and financial arrangements that need to be addressed.

As your children move and grow, your custody arrangement will likely change and need updating. Your same lawyer can help you come up with new or tweaked terms.

If you’re doing the initial court proceedings and want to establish an equal custody split, you need to show the court you can provide. That means making your home child-ready or moving into a bigger space.

If you work long hours, you need to establish who will watch the children until you get home. A nanny service or a relative are good choices for that.

The more you cooperate in court, the better your negotiation will go.

If there are issues on your record, like criminal activity or drug use, be honest about them with your lawyer.  Your lawyer will be better equipped knowing about your history and can come up with a plan to work around any issues.

Your custodial parental rights are yours the moment that your child is born. Don’t give them up in the case of divorce because you didn’t know what to do.

Get a lawyer who can help, or at least give you a consultation.