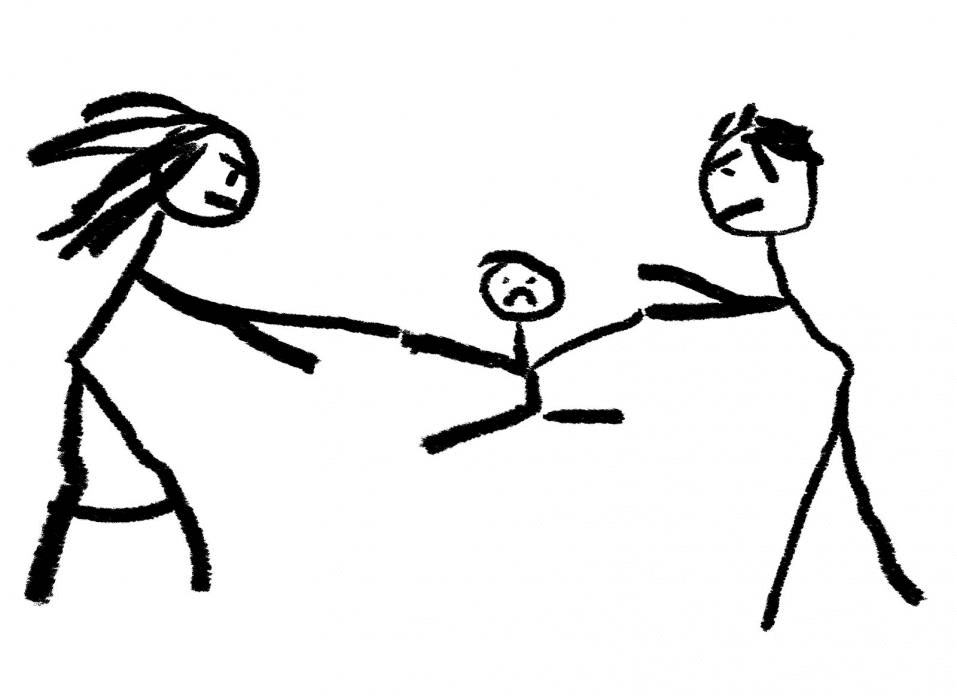 After a marriage ends in separation (which most of them usually do these days), the brunt of the fallout spills over to the children ? if there are any. Each parent usually wants complete, uninterrupted custody of the child while desiring that their former better half have nothing to do with any decision-making over the child?s future. This is toxic mentality which can affect the physiological and psychological wellbeing of the child. Both parents need to be active participants in their children?s lives, whether it is the gentle caress of the mother or the powerful embrace of the father ? a child is entitled to a normal, regular upbringing which is not marred by conflicts and arguments.

Under normal circumstances of a healthy marriage, both parents have equal rights to the child?s custody and share the same legal responsibilities of raising the child. Everything, however, changes when the partnership comes to an abrupt end.

Some of the common factors that a judge considers before granting child custody to either one of the parents include the following;

The child?s age ? usually given off to the mother if they are infants or extremely young

The child?s own preference ? there was a time when custody laws didn?t place much importance (if any) to the preference of the child itself. Times have changed, however, and more progressive laws require courts to factor in the preference of children who have reached a certain ?age? of maturity, usually older teenagers. The child?s relationship with their siblings, neighbors, school and the surrounding community is also taken into account. The final decision however still lies with the court.

Evidence of domestic abuse from either one of the partners can often play a significant role when deciding which parent gets full custody. The parent who possesses volatile personality traits and a violent past definitely doesn?t get the nod of approval from the judge.

The parent?s own interest also plays a heavy role. Records of all such events when your former spouse got lazy with the child?s upbringing – for instance forgetting to pick them up from school or a friend?s place, can be cited to the judge. This can heavily tilt the decision-making in the more responsible parent?s favor.

Professional responsibilities of the parent also play a vital role in decisions. ?Judges will evaluate whether the parent can devote time to the child while still successfully juggling their jobs. It is vitally important for the financial wellbeing of the child that at least one parent holds on to their job.

Sole custodies are usually very rare and often only rewarded when one of the parents has been incapacitated or deemed unfit to raise the child on their own. The unfit parent could be given visitation rights to the child. While it might seem a little cruel to alienate one of the parents from the upbringing of their own child, there are various benefits of sole custody over joint custody. Some of these are:

Since only one parent is making major decisions on behalf of the child, there will be fewer conflicts.

The child doesn?t have to bounce between two completely different locations every time they visit their other parent.

You need someone who can properly communicate your thoughts and needs to the judge by using proper legal covenants and terminologies ? and this is something only professional family lawyers?can accomplish. They need to have experience spanning over decades specializing in sensitive cases involving children.

This is when both parents are awarded equal custodial rights to the child and involve a significant amount of cooperation from both parties. Joint custody is where the child can truly experience psychological pain that results from the tug of war which is being played out by both parents. Depending on the age of the child, jumping around from one place to another can prove to be stressful for them. This arrangement can prove to be even more tiresome if both parents live very far away from each other. The child will soon start hating the car (because the majority of their time will be spent traveling from one place to another inside of a box)!

Then, there are the added expenses associated with joint custody since both households will have to provide their own sets of clothing, food and other assets to the child. This will inevitably place financial burden on both the parents who are much better off saving this money for a better future of the child, such as perhaps saving for their college fund. Statistics have shown that around only 50% of children under joint custody are able to acquire a proper college education ? since neither one of their families can afford sending them to a university!


Then, there are the rules which keep on changing significantly in each household. Before the child gets used to one set of rules, they?re forced to acquiesce to completely different ones or face punishment. The child can undergo severe psychological burden and trauma unless the parents are able to properly communicate with each other to establish well-defined boundaries, guidelines, rules and punishments.

It is important for both the parents to put aside their arrogant attitudes and focus on the wellbeing of the child. Will the child benefit from the tumultuous arrangement of a joint custody, or will he/she be better off with Sole Custody.

It is foolish to argue that joint custody is always a bad thing, or always a good thing. Every case is different, the family and child face different circumstances every time. And it is naive to assume that one size fits all. This makes it significantly more important for parents to consult expert family lawyers?to assess the situation and give them proper guidance.

What if you lost a custody battle in court?

As the biological parent of the child you have the right to exercise your visitation rights. And since courts prefer to act in the best interests of the child, they usually do end up granting these rights. Courts will draw out a proper visitation plan detailing the specific days and times when you can visit your child. The worst case scenario is when a parent loses their visitation rights in addition to child custody, and this only happens usually for very valid reasons.

If the court finds evidence that the parent has been subjecting their spouse, their child or other siblings to domestic violence ? this is usually enough to completely bar the parent from the child. Another reason could be if one of the parents has a history of substance abuse. In these cases, the court usually tries to cut the parent some slack by requiring them to undergo parenting classes, substance abuse counseling sessions and anger management classes before granting them visitation rights.

Experienced family lawyers?will help you understand your case better and devise a proper strategy to get you back on track and gain visitation rights, or if possible even custody of your child. By going through every nook and cranny of the case, analyzing its strengths and weaknesses, these lawyers will give a winning chance in court.


Posted in Hardesty Law Blog
← The Curious Case Of Divorces, and When You Need itHow you can prepare for your first courtroom appearance →

View all posts by Rwan Hardesty →